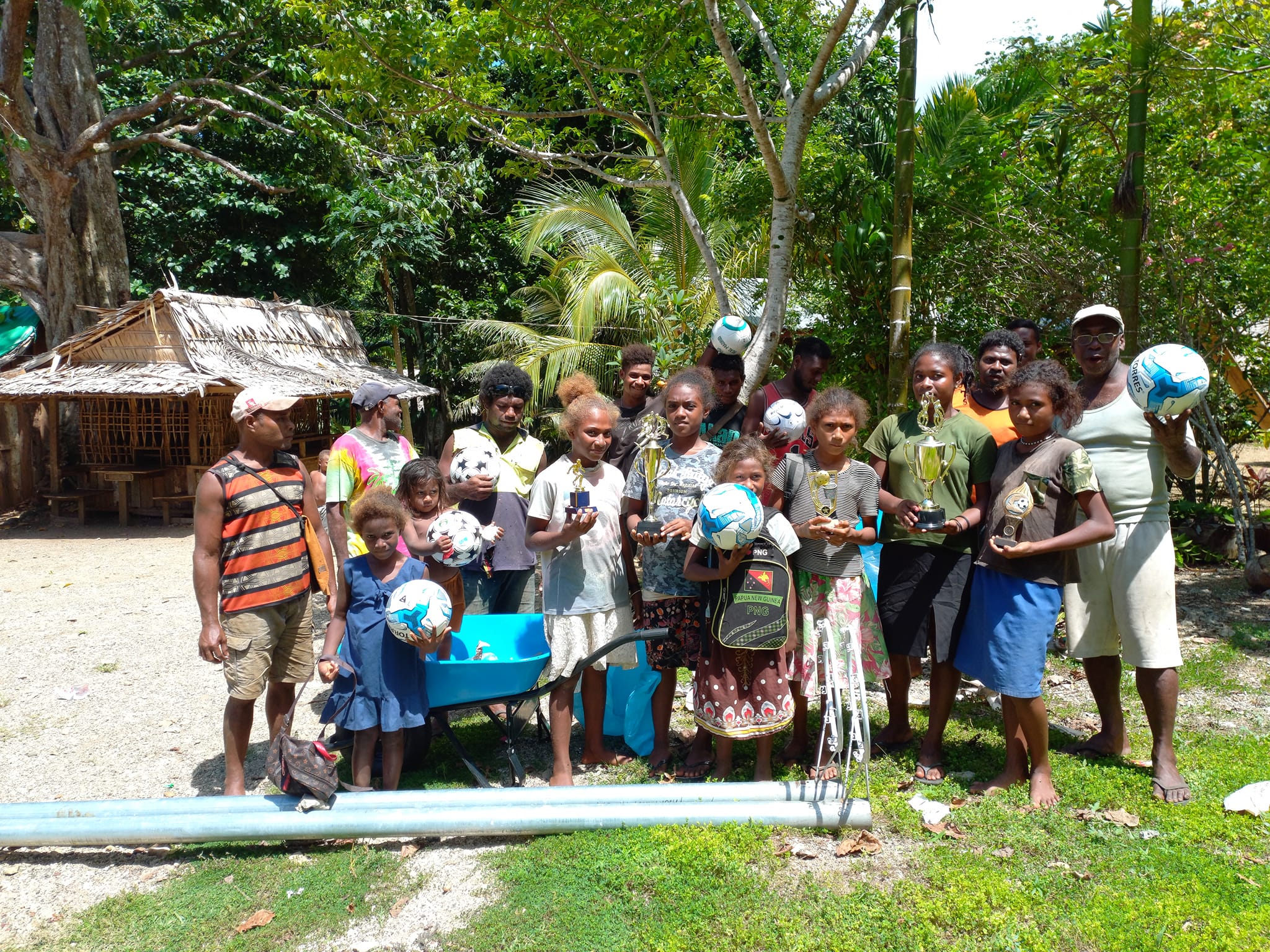 In October for our email subscribers we were very excited to share the opportunity to sponsor the A1 Games, an important sporting community event on the island of Makira in the Solomon Islands!

Community activities such as Sport are vitally important in Solomon rural areas as they are constructive healthy activities that protect many young people from falling under the influence of alcohol and drugs, especially over the Christmas period.

The A1 Games, are an annual community event in the district of Arosi 1, West Makira that is hosted by a different village each year.

Over 1,000 male and female athletes from twenty two villages are coming together in late December to play netball, soccer and volleyball at the A1 Games.

By hosting sports tournaments, their village will continue to attract people, and this is an opportunity for there local people to sell their produce/products and make money for school fees and other family needs. You can follow all the updates of the games on Facebook, Click here

The games have been scheduled to commence on Boxing Day.

During October and November, our supporters purchased Makira A1 Packs from South Pacific Cacao. The results of the fundraising activities meant that we have been able to purchase iron goal posts, soccer balls, netball nets, trophies, some sporting uniforms and have had some welding work completed.

The efforts to construct the sporting facilities in Tawatana have been significant. Materials need to be purchased on the capital Honiara on another island, transported by ship for nearly 2 days then landed by dinghy on a small beach.

We look forward to being able to provide further updates of the A1 Games!

Like Loading...
Category: Uncategorized
Instagram
The best local panettone I have tried and I am not being bias as they are using our cacao husk and vanilla beans in their glorious creation.
Hello Instagram followers!
Posted @withregram • @artisansbend Meet @southpacificcacao a new producer on Artisans Bend Marketplace. Jessica co-founded South Pacific Cacao with Brian as she believed her expertise with chocolate and artisan markets would be able to create something extraordinary for rural communities in the South Pacific.
We love creating custom chocolate for special people, brands and businesses that appreciate what we do. It’s a joy and a pleasure to work with professionals that respect the craft. @stitch.coffee is a leading example of what we are talking about. 🏆🌟🍫
Eat chocolate responsibly!
Met Rebecca a cacao farmer in Makira, Solomon Islands. Also co-founder Brian’s sister, women in cacao are very important as they work at every step of the process. Even winning awards at the countries highest level Sol Choc festival. Behind every bar is a farmer that put all the effort and energy in producing the best cacao they could in our workshop. One day we hope we can extend more of the process happening in the Sols. Looking forward to the day we can go back and work directly on the land with them. @makiragold